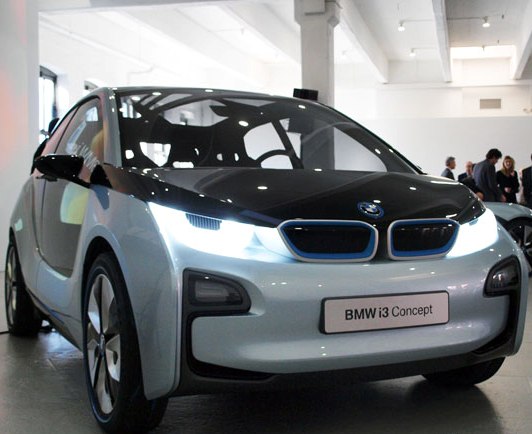 The BMW i3 has been refreshed and updated, and is now being called production ready. The vehicle debuted alongside the BMW’s first i Store in London last week. From the outside, not much has changed from the concept version.

Although this is 80 to 90% percent ready for production, Benoit Jacob, head of design for the BMW i3 says the see through doors are likely to change. This could be due to safety issues or perhaps even cost of manufacturing.

The BMW i3 production ready electric vehicle has a 170hp motor and 170ft-lb of torque. The BMW i3 is expected to get to 60mph in about 7 seconds with a top speed of 93 mph.

The London Park i Store will be opening on July 25th and feature the BMW i3 and BMW i8 for people to see in person during the London Summer Olympics.

There are no sale dates as of yet for the BMW i3, but as far as anyone is saying, the BMW i3 should be ready for production on schedule sometime next year.

This entry was posted in photos, release info. Bookmark the permalink.