I did a search and found that no one has mentioned adding a separate subwoofer to the audio system, so I'm going to bring it up. Before anyone mentions range, I did the math and figured it would consume about 1-2% of my range on a REx. I'm not worried about energy usage.

First question, has anyone added a subwoofer yet?

I went to the dealer yesterday and asked my sales person about it and he said: "I don't see why not. It's your car." I didn't say this, but I thought: Welllll, yes, but, this is really new for everyone and I don't know how BMW would react to it. He then gave me a number for BMW support and said they would be the best people to ask.

2 questions now:
What is the capacity of the DC-DC converter for the 12v system?
Does anyone have the pinout of the connector for the Harman Kardon amplifier? If I can tap into the remote-on wire and pre-out signals, then that would be able to feed the sub amp.

The 12vdc battery in the i3 isn't very large - more akin to a motorcycle battery than what you typically expect in a car since it doesn't need to power a starter motor. And, most of the loads are fairly consistent without big peaks, so the DC-DC power supply probably isn't very big. If you talk nice to the service manager at the dealer, he might look up the wiring diagram and specs for you.
Jim DeBruycker
2014 i3 BEV, 2021 X5 45e
(The i3 will be sold soon, <17K-miles, interested?)

I added an 8" powered sub to the HK upgraded system. Works GREAT! Adds the missing low end. Check the Facebook group, I have a couple of posts with pics that talk about what I did. Search 'LOPRO8' and you will see my posts, plus another guy who did it.

Thank you! That helps me feel more comfortable about talking to an installer. It looks like just a standard subwoofer installation. Where did you tap the audio feeds though? I assume it was before the HK amp, right? I had an Infiniti years ago with a Bose system, and the amps for the factory speakers were tuned for those speakers. The inputs to the amps though were just fine for use in an aftermarket amp. How did you identify which wires to use?

Asterix, would you mind providing more info of where to find your posts? Also, would a sub work on the standard audio i3?

blueq wrote:Thank you! That helps me feel more comfortable about talking to an installer. It looks like just a standard subwoofer installation. Where did you tap the audio feeds though? I assume it was before the HK amp, right? I had an Infiniti years ago with a Bose system, and the amps for the factory speakers were tuned for those speakers. The inputs to the amps though were just fine for use in an aftermarket amp. How did you identify which wires to use?

I added a powered Infinity Basslink sub with much help from the FB forum. It was pretty straightforward since those guys had figured out the connection issues.

I tapped the HU outputs as described below. I used a twisted wire pair which terminated in RCA plugs. I tapped the front outputs rather than the rear since the mid bass units on the HK system are in the front of the car. You have to removed the back seat pad. Just pops straight up on the front edge. The hardest part there is getting the seat belt buckles back in place but some pulling and twisting when re-installing does the trick.

I used a 12 Volt cigarette lighter adapter plugged into the outlet beneath the armrest for the constant on power to the sub... which goes off about 10-15 minutes after you switch off the car. http://www.amazon.com/gp/product/B001JT ... UTF8&psc=1

I used a trigger to turn on the sub from the fuse box as outlined below.

Works very nicely. The Infinity Basslink is rated to 200W which is more power than the 12 volt outlets could supply so I did some testing before finalizing the install. Steady state amperage draw for the levels I need was only 1-3 amps. So, on average only 12 to 36 watts. I replaced the fuse on the unit with a 10 amp fuse instead of the supplied 20 amp fuse. Been running it like that for 2 weeks now with no trouble. At the levels of bass I want added to the system it seems that the 10 amp fuse is fine. That would be 120 watts. The 12 volt outlet is rated to 140 watts so that should be a safe install.

The information that is below is from John Connor on the FB who was very helpful and figured this all out. Thanks John! As outline above I used the 12 volt outlet and not a battery lead.

Installation:
Head unit is nicely under the rear seat, which comes off with no tools! No pre-out that I could find, so I tapped to the rear speakers from the output of the head unit (BEFORE the HK amp, not after, don’t want to do that) (see second pic). You will also notice the convenient ground right there that I used!
The power has to hook directly into the battery of course. That was a PAIN! You have to take the frunk storage out and the battery bracket off to get to the battery to tap into it (see third pic). By the way, you are not supposed to drill into the carbon fiber at all, so I went around the firewall by the door. Works great (see fourth pic). That’s the only part that is not ‘hidden’ (except by the sub itself of course), and you cannot tell unless you are really looking for it.
Other issue is there seems to be no remote turn on to tap into! (the ‘blue’ wire). So I had to find a power that is only on when the car is on. Sat with the multi-meter testing the fuses and picked fuse #53… Works just fine (actually part of the AC).

For the fuse, I ran it from the top (inside), but you just undo the 2 hand screws from below to drop the panel down. took out the fuse and put it back in with the blue wire just sandwiched in there. That's all that's needed!

Ground, there is a ground point right in front of the amp (see my pic) that works perfectly for all grounds.

None of the Facebook links work. I lifted up the back seats and saw a silver box with a whole load of wires coming out and I could hear a fan running inside it. My I3 has no rear speakers. Does anyone have any pinouts, pictures or connection methods?
Electric for ever more.

For the amp's power wire, has anyone tapped into the REX engine in the back? Can anyone confirm that the red plug is the positive terminal? 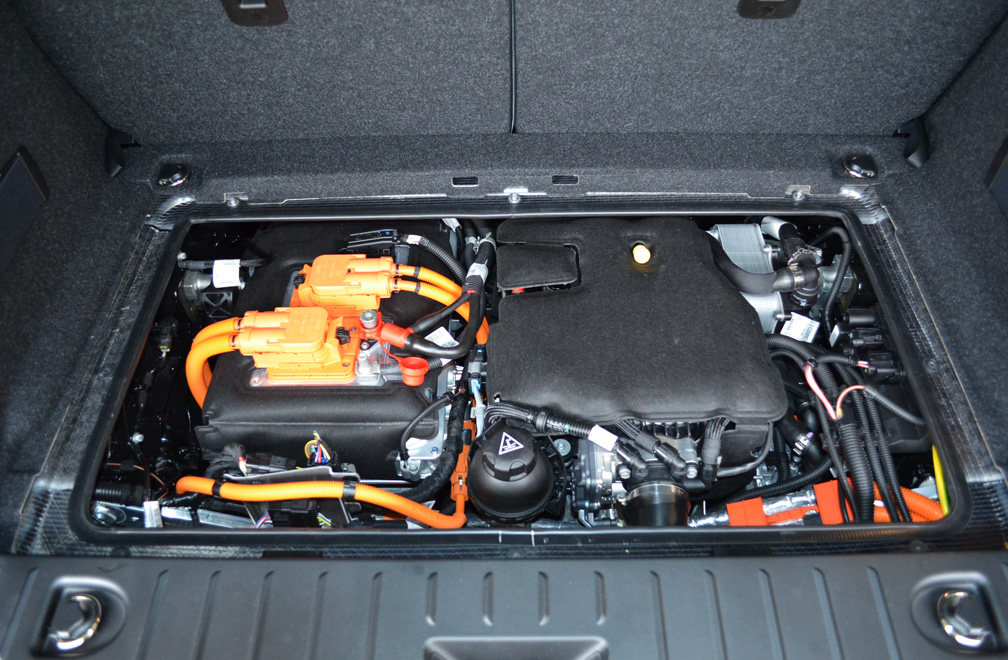 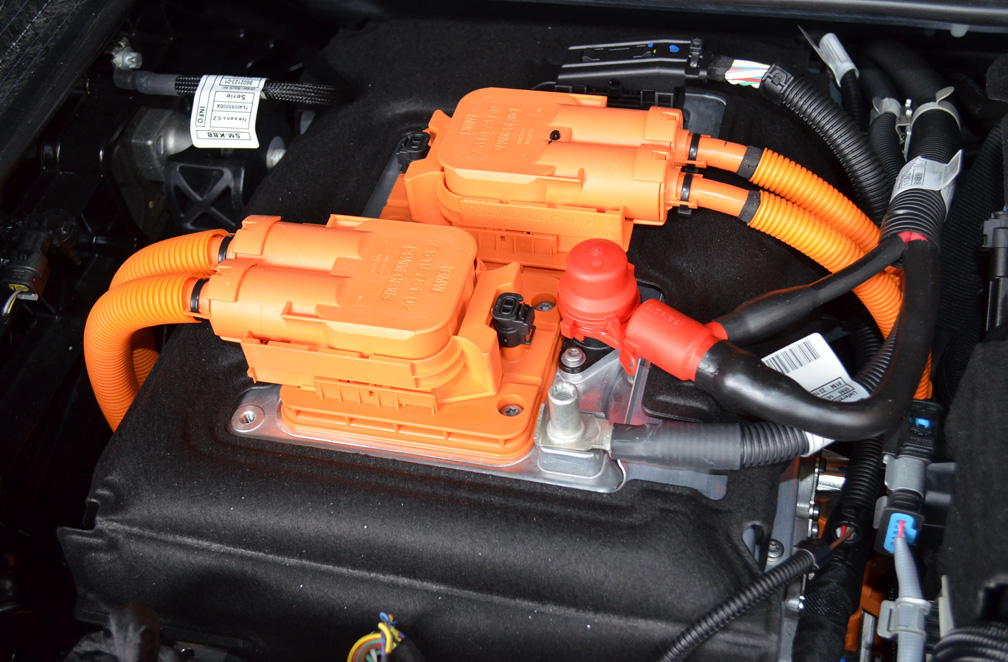 DUnit wrote:Can anyone confirm that the red plug is the positive terminal?

Great information on this issue. I have the non HK version, so is it possible to add on an amp to it (and maybe a sound processor in between)? is the standard headunit in the back too?
Post Reply
14 posts

Building on the success of the Nissan Leaf Forum started in 2009, the My Electric Car Forums group of websites aims to be your premier destination for EV forums, community, and information.