I've complained about this before, and now it seems my complaint has been addressed.

Up to now my i3 would display the radio station name as shown in this first photo. Sometimes the text would cycle through longer text strings, and I found it annoying that there's so much space available yet limited to displaying 8 or 12 or whatever characters at a time. But usually not song titles. I'd get "THE BAY ARE" "A'S MODERN RO" "CK LIVE 10" "5" Annoying, right?

And for what it's worth, my previous car, a 2013 Audi, sort of behaved the same, but would display song titles if I cycled to a buried menu, except for one station (KFOG) that automatically displayed album art and song titles right on the main radio station display screen. But then they changed formats and that went away.

Oh yeah, and the Audi gave me access to HD stations, whereas the i3 I'm 99% certain never had. 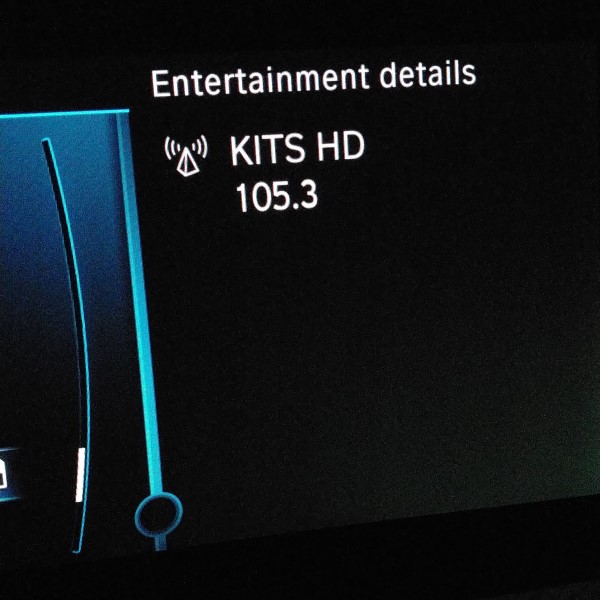 One station I listen to gave me an additional text block. It's where I figured I should normally see song titles, but in this case, it's public radio, and I'd see segment names there, i.e. instead of "KQED PLBLIC RADIO" it would scroll the name of the segment, "MORNING EDI" "TION New Wor" "ld Record " "Transatlantic" "Flight". Again, annoying, but at least it's something. 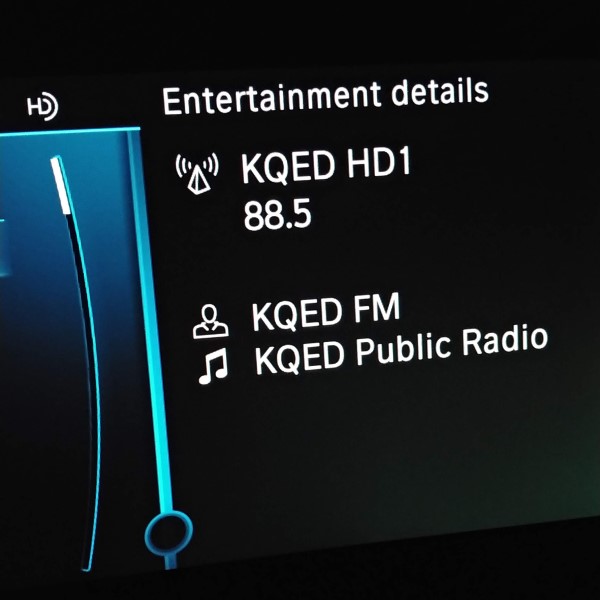 Today, to my amazement, I began seeing album art and song titles for the first time since owning this car for five months! Hooray! 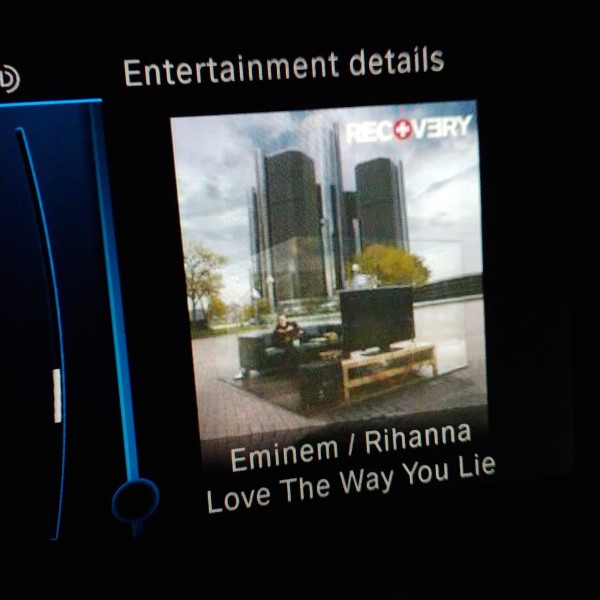 And cherry on top, I'm now seeing HD stations on the station line-up screen. As I said, I'm 99% sure these weren't here previously. Yippee, HD2! 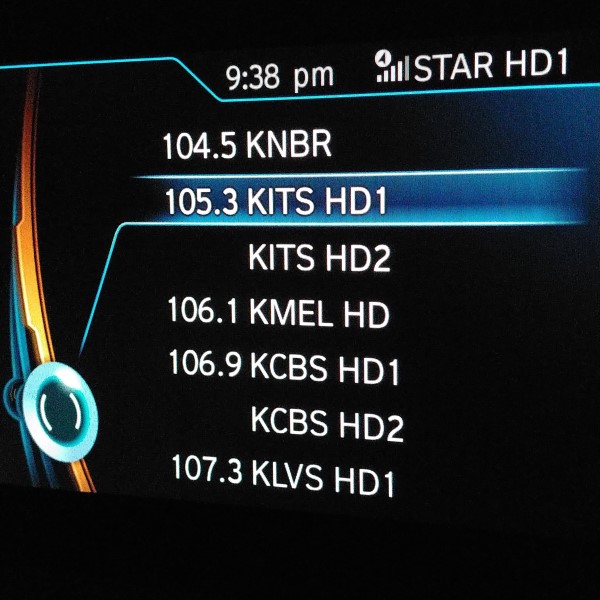 My i3 came out of service a week and a half ago and they did some software updates to it, but my user-downloadable software was up to date as I had done this as a first order of business when I brought the car home, and those version numbers are unchanged.

Thing is, I've used my i3's radio in that time since the car came back from service, and I'm only now seeing this new behavior today. I'm positive I would have noticed the album art, but not so sure the HD stations would have jumped out at me.

I think I recall seeing an "HD" checkbox somewhere in the radio section of iDrive. If so, maybe it was unchecked previously with checked being the default state in your new software.
Aloha,
Art
2014 BMW i3 Arravani Grey, Giga World, Tech + Driving Assist, Parking Assist, DC Fast Charging, JuiceBox EVSE

eNate wrote: ↑
Wed Feb 19, 2020 12:02 am
Local commercial radio is pretty much a wasteland to me, so I've looked at the screen you included in your last post less than 5 times in 5 years. I don't know whether it has always displayed HD stations, but it does now.

When you see the short all-caps info, you're seeing the old FM RDS station id text. I think the original concept of RDS was that mobile radios (in cars, etc.) would see this info to identify the station in 8 chars, IIRC. FM RDS had a secondary, longer field for program info that wasn't intended to be displayed on mobile radios to avoid distracting the driver (we we're so naive in the aughts). Radio stations did (and still do) get around this by scrolling additional info in the station id field by just changing station ID periodically. Whether they do a marquee effect, or paging, or whatever is pretty much up to the station (and the regulatory authority under which they operate).

My '17 i3 can receive the HD radio extra info including track info and album cover art, but it's totally up to the broadcast station as to what they send. And as Art mentioned above, you can choose (for whatever weird, perverse reason) to not enable HD radio in the US. (BTW, that's Hybrid Digital, not High Definition if anyone's keeping score at home). So if you've got HD option turned on and only see the ALLCAPS!!!! short field scrolling along then your station isn't broadcasting HD, or isn't sending all the HD compatible data they can, or you're not able to receive the HD program due to distance or obstruction or interference. My NPR affiliate here fades to regular FM when I'm in sketchy territory and the track info suddenly degrades as well. Even the local alt-rock station sometimes screws up the track info due to some IT failure at the station and things revert to seven-segment purgatory.

Also, also: my wife has a Toyota that has a database of artist/album art in it and will display that even if there's no HD cover art being broadcast. So what you see in other cars isn't just due to what they receive on the radio.

Ah ha! Cool, all good info. Thanks for that.

So I was seeing the RDS data but I'm still puzzled about the HD data. I mean, yeah, most probably something got reset / activated during my service visit. But still... I'm absolutely positive I wouldn't have missed album art popping up during the intervening 10 days.

And... WTH with my Audi? The HD stations where always there and I could listen to them, but the only one that I ever got album art and track info on was KFOG, until they changed to sports talk format. But I know the other stations were broadcasting it because I've always gotten it on my Ford.

Maybe I'm going crazy, but I recall reading somewhere that album art for the iDrive is sent via the BMW Connected subscription and not the individual service/app.....
2015 BMW i3 BEV, Giga World, Tech and Driving Assistant packages, 15K miles

Ok, thing #1: where is this mysterious HD Radio enable checkbox? I've paged through all my menus and I don't see it.

And thing #2, regarding RDS tags (vs. HD data): I mentioned that on my Audi, I could dive into a sub-menu to display RDS track tags for the music radio station I primarily listen to, but as I was showing in the photos in my original post, up to now I'd never see RDS track tags on the i3. This isn't something I'm mis-remembering because it's been a point of discussion with my kids ("Daddy, what's this song? Who is this?").

Maybe I'm going crazy, but I recall reading somewhere that album art for the iDrive is sent via the BMW Connected subscription and not the individual service/app.....

In response to my comment about Pandora? As I understand it (and I probably don't

) IF you have an iPhone (not Android

) AND plug it in (so not Bluetooth) THEN start Pandora on the device, iDrive via Connected will install the Pandora app on the i3, which will give you Thumbs Up / Down + Album Art, but my assumption is that's all happening through the cable via the iPhone.

HD checkbox is found IIRC when you select the option button while in the radio mode.
2018 I3s rex

Here's a link to some interesting info about what data can be sent by an HDRadio transmitter (and potentially received by a consumer device).

I noticed when scanning around, that some of my local stations send just the unchanging station logo, while I get "Artist Experience" (e.g. album art) graphics from others. And from still others, nothing at all or just a generic graphic showing the program type, a la the RDS PTY.
Post Reply
10 posts • Page 1 of 1

Return to “Technical BMW i3 Discussions”