Is this something you brought to the dealer's attention while the car was still under warranty? If so, you could try calling BMW directly and complain that this was something that should have been fixed at the time it was first reported to the dealer, but wasn't. There have been cases where BMW at least paid for part of an out of warranty repair in cases like that. You could also ask for the part number(s) of the needed parts, and see if you can source them for less from a car salvage company as well. A few of the bigger salvage companies have quite a few BMW i3 parts listed on eBay, and can be contacted for specific parts.

by bcnbuda
Thanks. Thought of that. Yes, I had complained about it but not sure it was before the warranty expired. My records are in the car. I intend to check that once I pick it up. I had thought of the salvage route and thanks for the link. I will pursue that also. There’s an independent shop here that works on them and actually owns one. They’ve had the intermittent problem as well. So if i can locate a salvage part then I’ll have them do the work. The problem might be that the salvage part could potentially have the same issue as it seems pretty common. I assume a salvage part would not have a warranty.

I assume a salvage part would not have a warranty.

The outfit in the link says their salvage parts are warrantied for six months.

by bcnbuda
The dealership informed me today that they went to bat for me with BMW and BMW have agreed to pay 90% of the cost of the repair. I consider that to be a fair resolution. They’re also giving me the use of a loaner until the repair is completed.

I think the fact that my car has only 30,000 miles on it and it’s a safety issue probably mitigated in my favor. But word to the wise, if your car is still under warranty and you even experience a whiff of a problem with the intermittent power steering problem described above don’t procrastinate. Take it in and get on record as having the problem before the warranty runs out. I’m still not sure if I reported mine prior to the warranty running out because my paperwork is in the glove box and the car is still at the dealership.

by JohnKelly
I just had this happen and filed a complaint with the traffic safety administration as suggested by others. Hopefully, if enough people complain, it will be looked into. I also sent an email to the dealership asking them to register my complaint in case it happens again.

by Chrisi3
Mine’s done this a couple of times.

First time was with my wife but you have to experience it for yourself not a description on the phone.

Today it did it with me. It’s not a total loss of the power steering but a different, slightly heavier and stiffer feel - as if the ball joints need oiling.

It came and went a couple of times over a 10 mile journey. I’ll try a switch off and on again next time.

A bit weird and disconcerting.

Also and annoyingly the radio/nav has a habit of randomly rebooting itself.

Hope an upgrade sorts it.

Got this today on my 2014 REX 57k miles. Car has no electric steering assist, complete loss of power steering. I have seen this error 3-4 times over the last 2 years, but a simple restart of the car and it went away. Well today is day 2 of this error - about 20 restarts in - It's not going away.

Thoughts? Of course the only warranty I have left is the 8 year battery warranty... 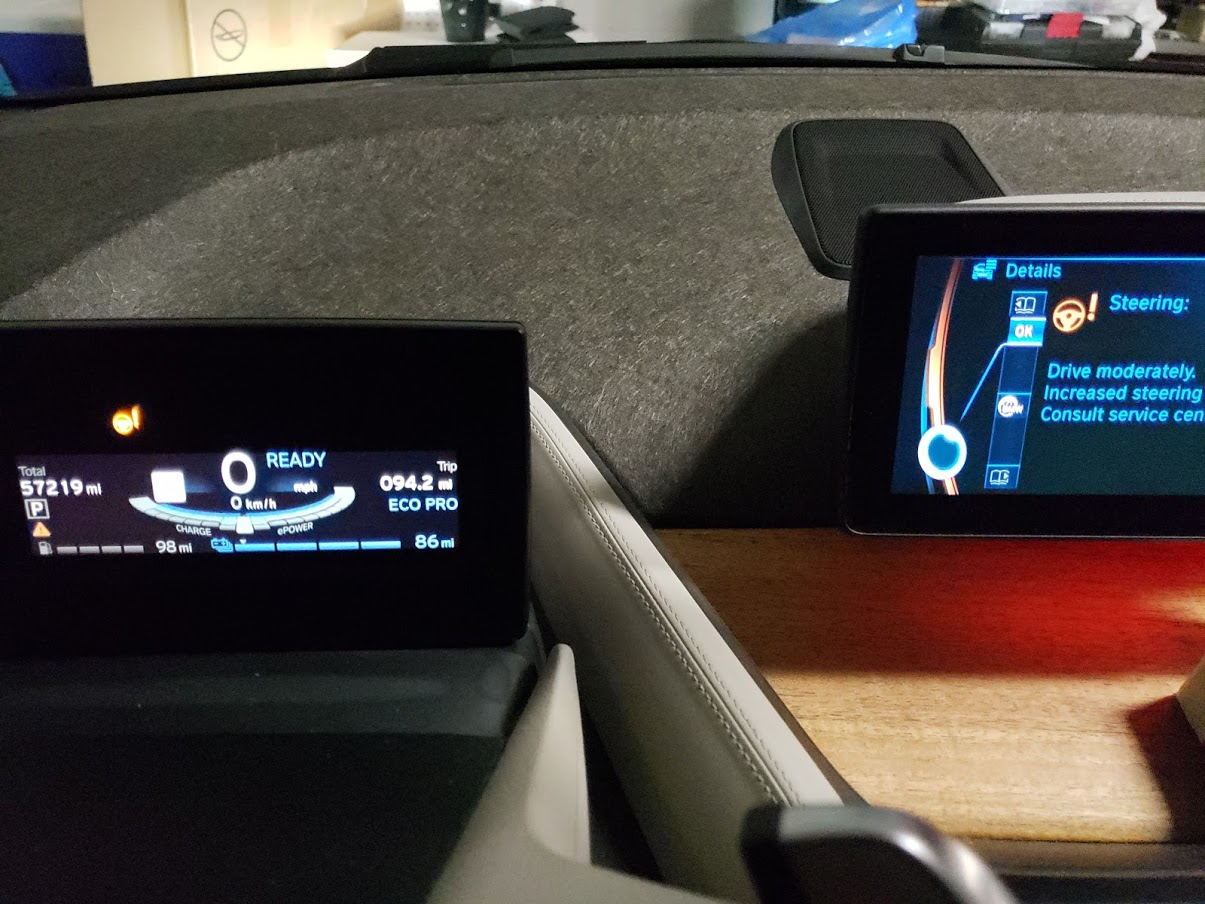 by JohnKelly
After experiencing heavy steering once, my dealer said there is a recall and that they are working on a software fix. I do not know how wide the recall is. Talk to your dealer!

by CanisLupus
I suggest that because it's a software recall that it would be all encompassing .

I have a 2015 Rex with 60,000 Kms. I'm located up in Canada. This Just happened to me earlier today! I'll reach out to my local dealer and report back to everyone!